Halloween is a festive event celebrated every year on October 31st, the eve of All Saints Day. It is held in most western countries, but is most representative in the United States. In this country, led by Irish immigrants, all Hallows Eve had arrived in the mid-nineteenth century.

It seems that the people of Ernas were interested in the story, are they up to something? Halloween is the best time to dress up and go out for Trick-or-Treating. What are the people up to? Are our heroes involved too? Well, I don't know, but one thing I do know and I can tell you all is: They have prepared several surprises for those loyal Grand Chase lovers with fresh content such as: Mission-Event, Events, Forge Update, Gacha Pon, Shop from CASH, new Pet Skins, new VIP System and more!

Want to find out the rest? Let's take a look at the goodies that came into the server !🎃

The Grand Chase finds a previously devastated village, nestled in the woods. While It's residents were murdered and turned into an army of the Undead, a strange and powerful force is controlling the forest!
The group is cornered by the monsters and their only option is to fight.
It doesn't take long for the, Grand Chase to discover the source of the power that hangs over the place. Everyone decides to go after the Villain responsible and defeat them for stealing the lives of the innocent inhabitants.

Take part in Grand Chase History's classic, exclusive, Halloween mission-event and face the mighty "Count Alucard" in the "Illusory Valley"!
Also, keep an eye out during your mission hunt. "Mr. Doot" may make an appearance and leave rewards along the way! 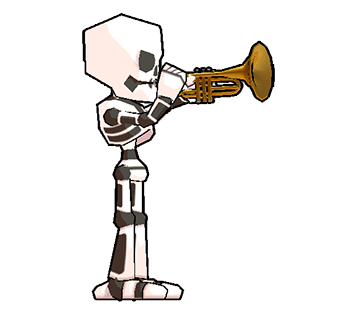 All of the research Mari conducts is done in her secret lab. This time, you'll have the opportunity to help her with her research on the Blitzchen pets! Here, you can create the "Shadow Blitzchen" pets and the "King Blitzchen" pets.

To use the lab, you will need to buy  "Blitzchen Egg Cards" at the store for 15 CASH. Opening them will give you little colored Blitzchens (or, if you're lucky, "Shadow Blitz", which is capable of retrieving AP and MP!), Which can be collected or saved for your collection. By using 4 Blitzchens of any color, you have the chance to get one of the prizes below: 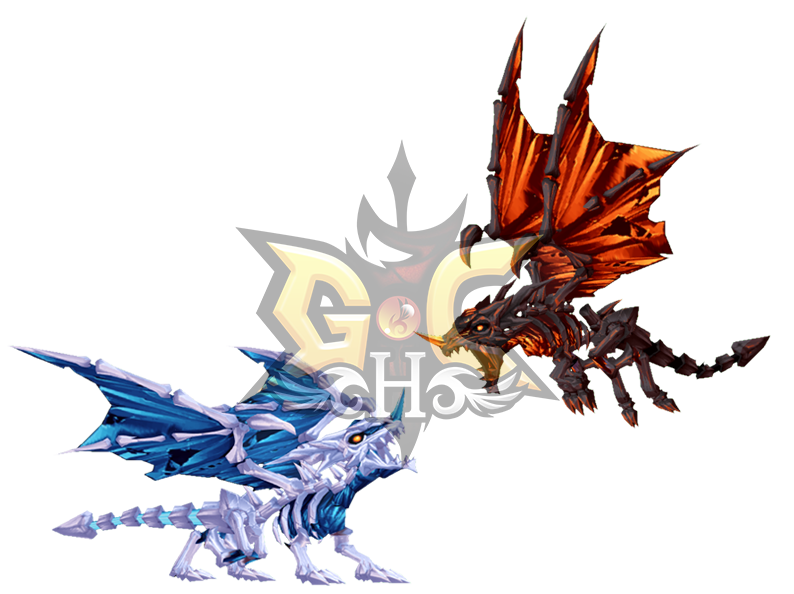 Frixion and Rexion Skeleton Skins. You must have the pets in order to use them.

The VIP System of this update brings back the old "Witch Academy Visual Pack", but this time, properly updated and accompanied by the new skin for the "Lulu mascot". Do not miss the chance to get this theme pack of our haunted party and take this lovely pet with you! Maybe go around Trick-or-Treating while you ask for candy ~

To receive the magic of witches and fly over Ernas on your broomstick, you'll need to equip the Witch Academy Visual Helm! Be careful as turning it into another look will cause you to lose the effect in room! 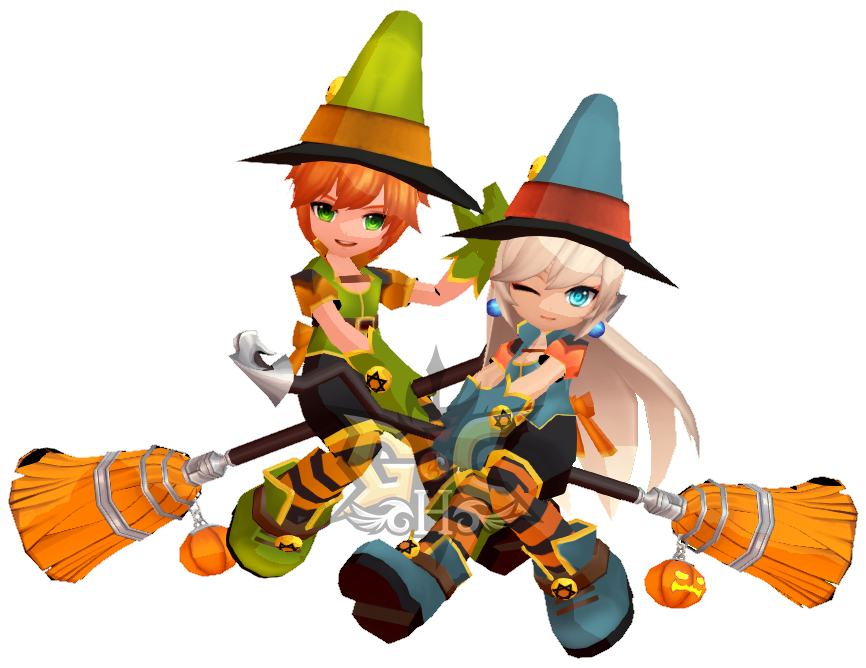 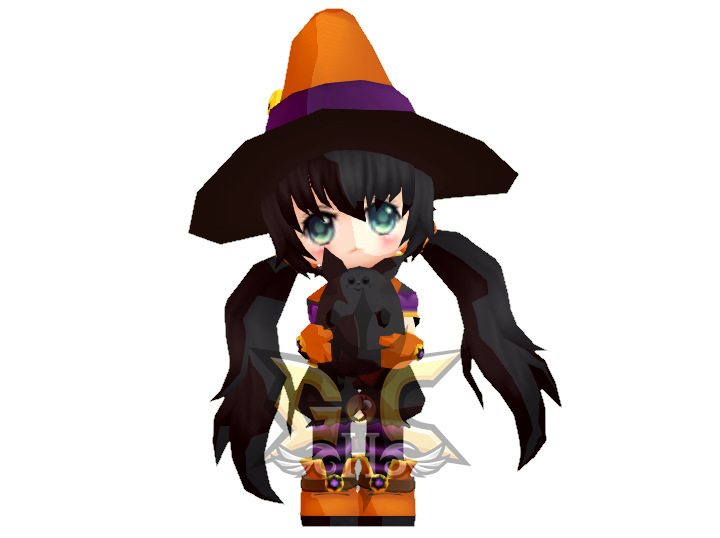 Lulu Witch Academy Skin. You must have the pet to use it.

This time around, the Lucky Gacha Fortune brings two more exclusive Grand Chase History packages! The "Black Cat Visual Pack" and the "White Cat Visual Pack" are here to be part of your visual collection! Our heroes got some kitties!

To sit comfortably in a room, you must equip the Black or White Cat Visual Diadem item (The Hats). Be careful as turning them into another look will cause you to lose the effect in the room. 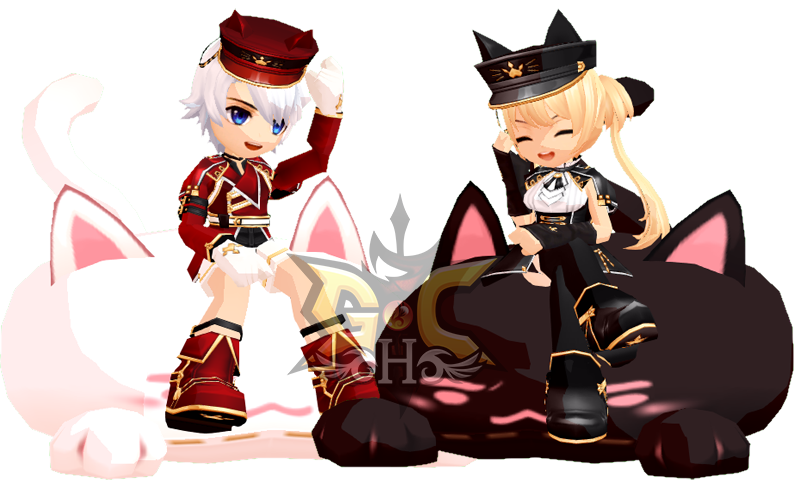 The Gacha Pon of this update didn't come to disappoint either. This time, we will return some exclusive packages again (I know you wanted that package there!). Check out the full list of visual packages that came with Gacha Pon! 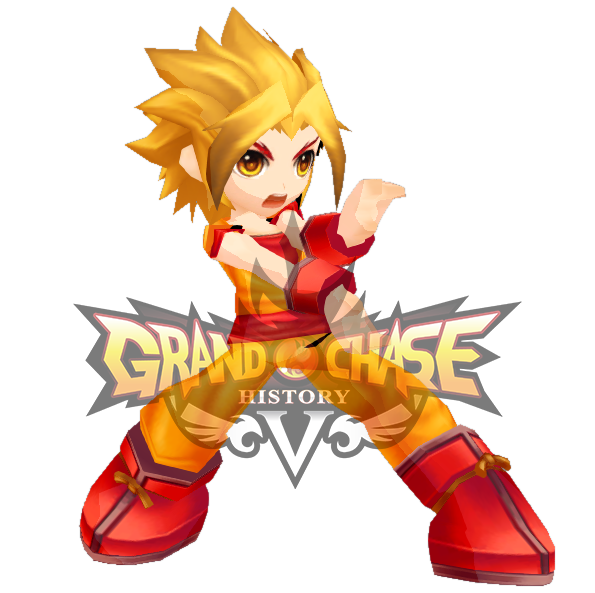 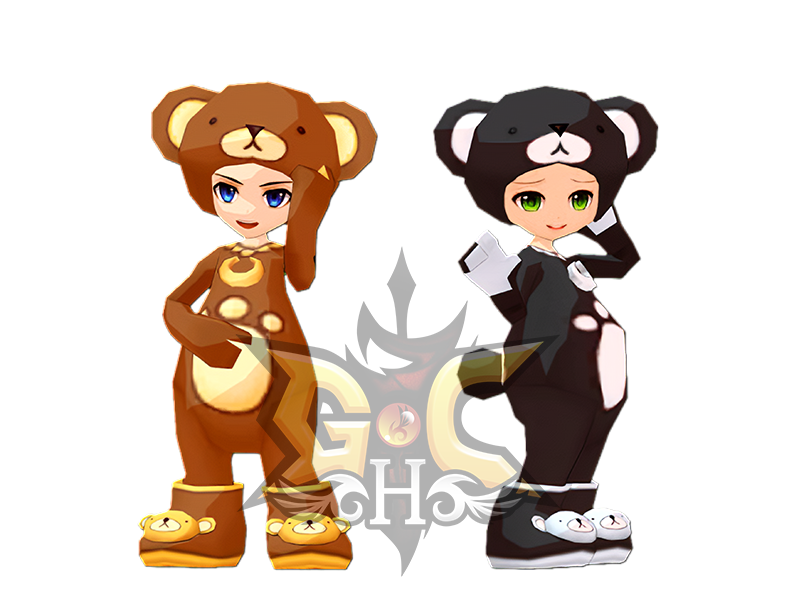 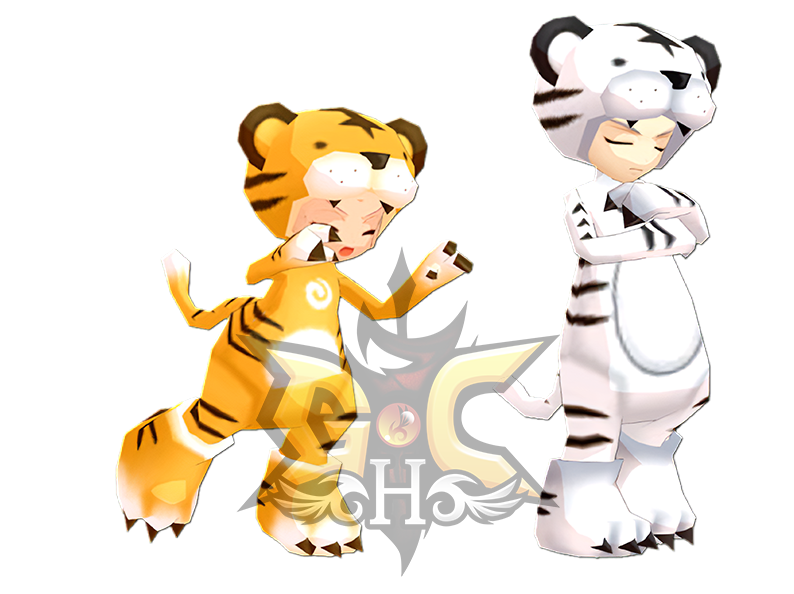 Our dear, Rocco is never tired of helping our heroes, so he's returned once again with prizes that will surely help you on your journey through the world of Ernas ~

Each Rocco Coin will allow you to play one round of "Rocco's Tornado". Just click the "Rotate" button and  Rocco will activate his tornado which rotates the board's item slots. You can wait for the slots to stop spinning on their own or you can click the "Stop" button to try to stop them at the right time. When they stop, you will be awarded according to the images that appear.

Taking 3 images of the same item, you will receive the item from the image as a prize, but if the images are different, you will receive only one Remover. Also, upon failure, you will receive 1 "Luck Point". When you complete 7 Lucky Points by taking different images seven times on the board, Rocco will activate "Lucky 7"! The slots will then turn golden and it will be impossible not to take 3 identical images in the next round of Rocco's Tornado!

Below you can check out the items available in "Rocco's Tornado":

Ppiro Surprise Box Skin. You must have your pet to use it.

To Older Brazilian Grand Chase Players: Is there anything more memorable to you than the time when you clogged up your gum just to secure your buzzy points at the Plaza? If you threw the gum away and just got the codes, I'm judging you.

In celebration of Children's Month and Trick-or-Treat, Buzzy Bol items are back now in Grand Chase History! When you first connect to the game during the event period, you will receive 5 dice coins which can be used on the game board. The game board can be accessed via the "Event" button in the main menu. For every half hour you remain connected to the game you will receive one Dice Coin and can earn up to 5 Coins per day. You can also purchase the Dice Coin from the CASH Store. This way you will complete turns on the board even faster!

The purpose of the Dice Board is to complete laps on the Board to earn special rewards. Plus, every space you fall into guarantees extra rewards! Just use your Coins to roll the dice and start your journey! By taking repeated numbers you win one more round.

Prizes obtained in the houses of the Board:

Prizes earned by number of rounds on the board:

The Elemental Battle works just like the classic version of the Jo-Ken-Po event, except that instead of "Rock, Paper and Scissors" you will use Fire, Water and Wood. In this way, Fire burns Wood, Wood absorbs Water, and Water extinguishes Fire.

Every ten minutes you are connected to the game, a Challenge Point will automatically be available in the event window - You are able to accumulate the limit of 30 points a day for the five hours of connection needed. In addition, a Try Point will be awarded each time you use six Challenge Points - ties are not considered. This item allows you to stay on the boss you are in if you lose a match without having to restart the whole challenge order from scratch.

To make your life easier, you can also purchase Game Coins and Try Again, as well as promotional packages right in the Store! 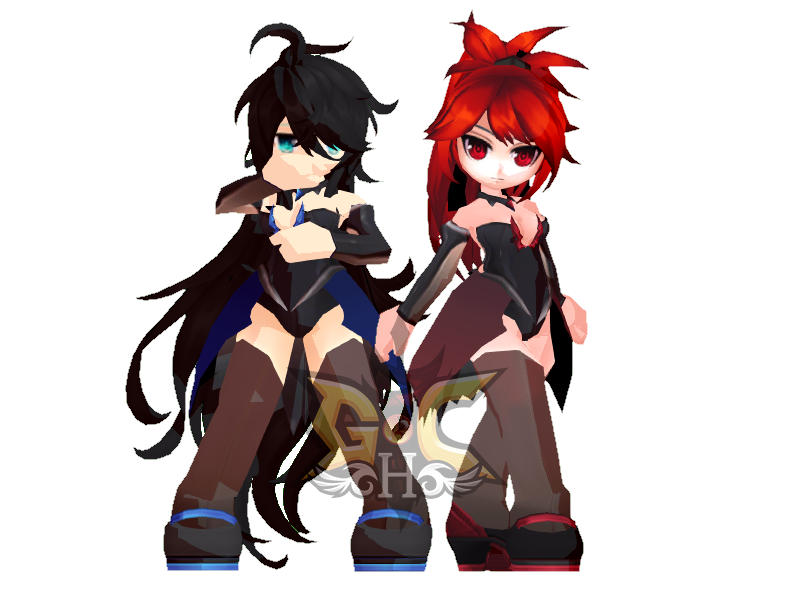 Skins Coven Gwen and Lesley, respectively. You must have their pets to use them.

After that pile of last update packages, we are back to normal programming! This month's spin features some community-favorite packages and a brand new one! In times of trick or treating, why not both?

With so much sweetness and mischief, the server's new unreleased Rewards System has arrived! Get your Sugary Nightmare Package now! 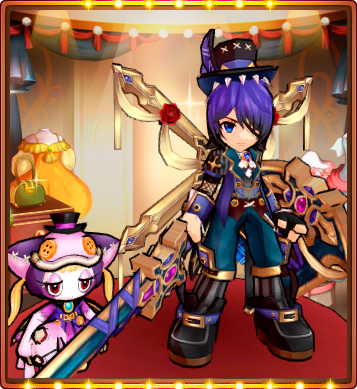 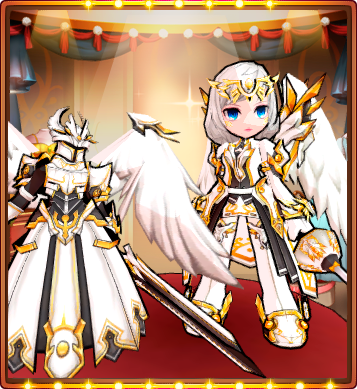 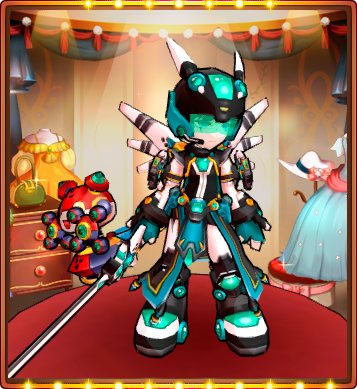 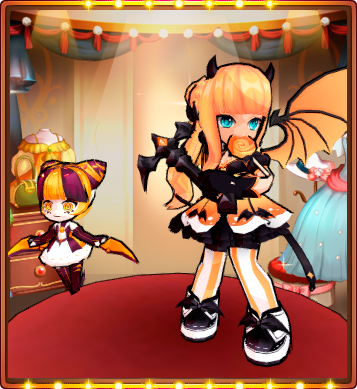 The K-Ching Store will not be left out of the spotlight either. With this update, we pampered the K-Ching Store with themed packages, too (don't go into the Store alone at night, You might see things .. Ghosties? 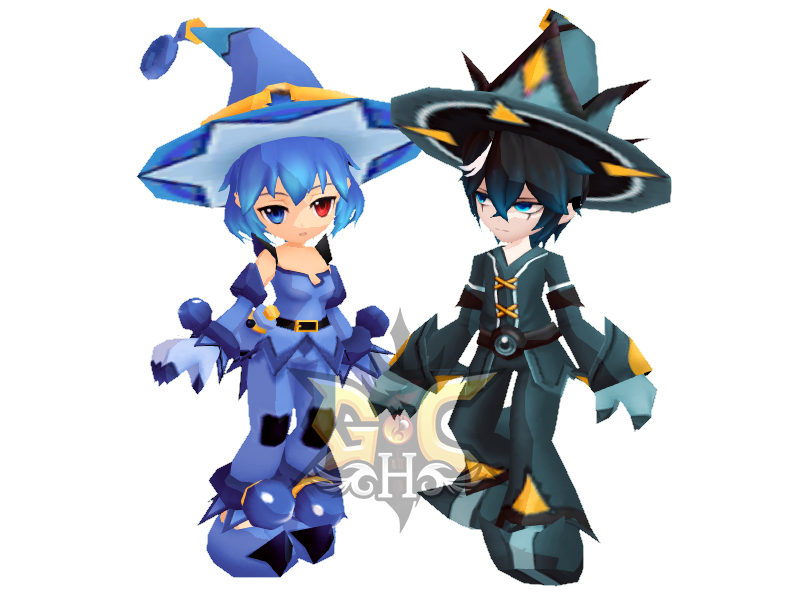 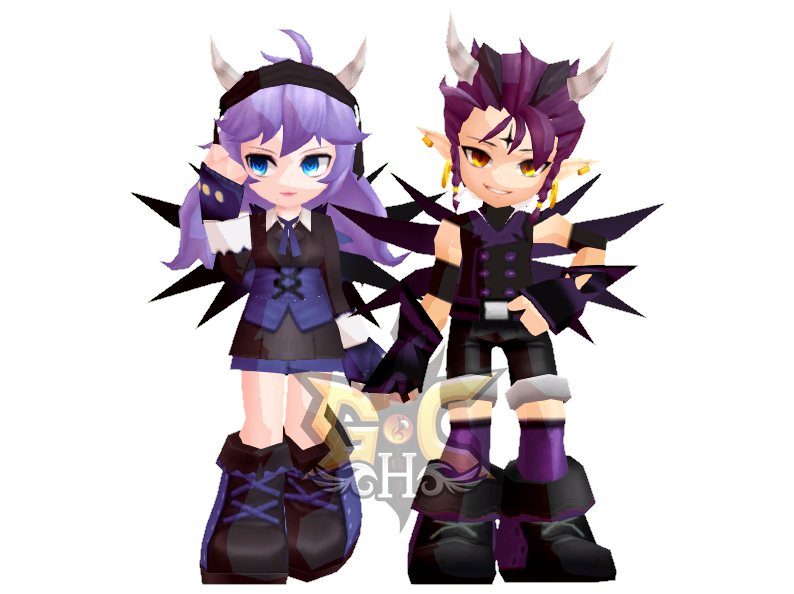 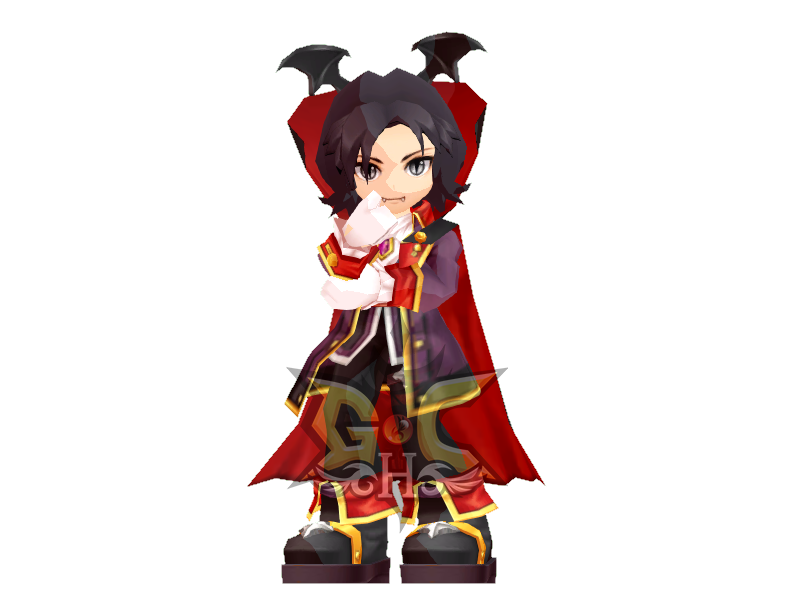 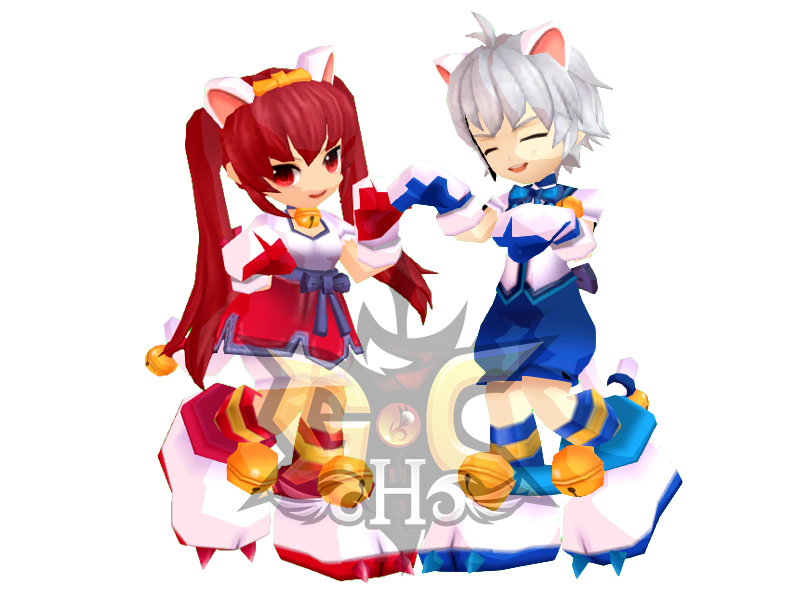 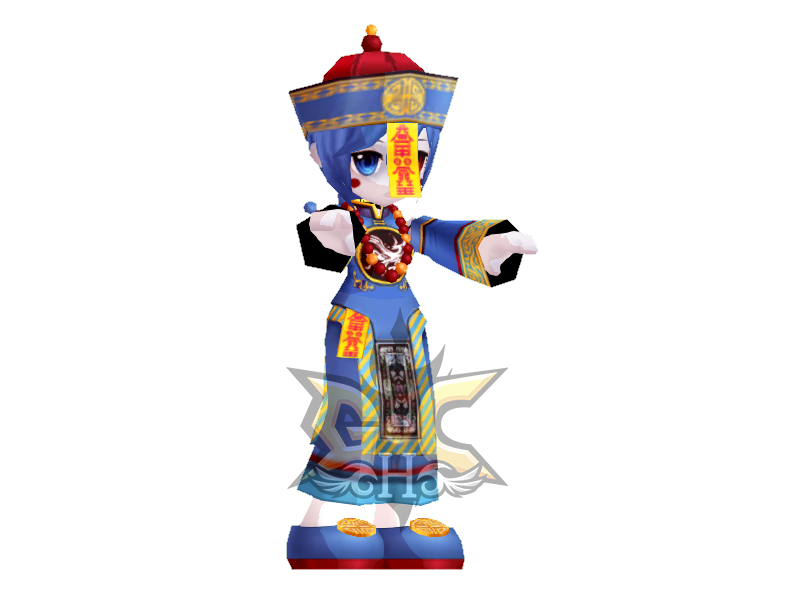 The Heroic Store has also been re-thought in this update. This time, our dear Caxias Grandiel Jr. will receive his themed skin, and our dear Super Weapons will be available for purchase (both through Heroic Coins), so don't miss this opportunity to purchase these quirky weapons ..! 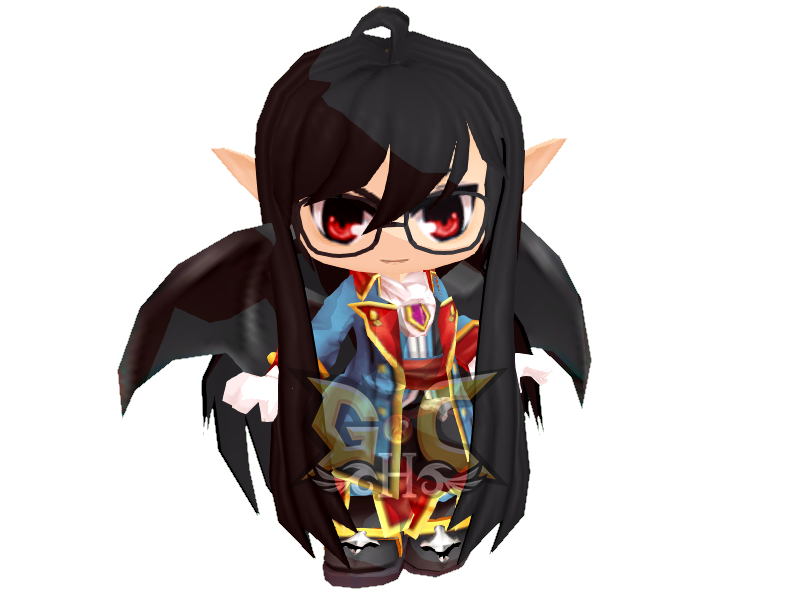 Skin Count Grandiel. You must have your pet to use it.

What good are raw materials if we can't build something from them, right? This is why the Forge system also comes with news of this update. Check out the new list that will be available for construction: 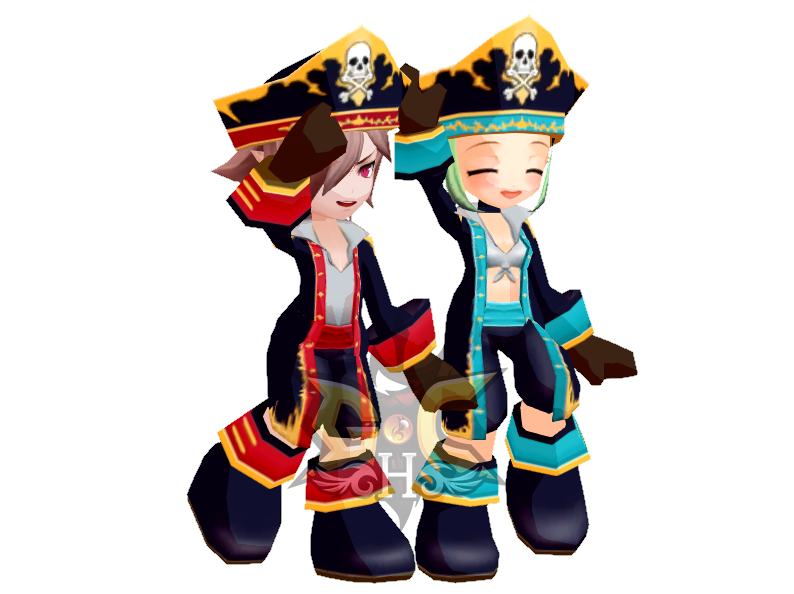 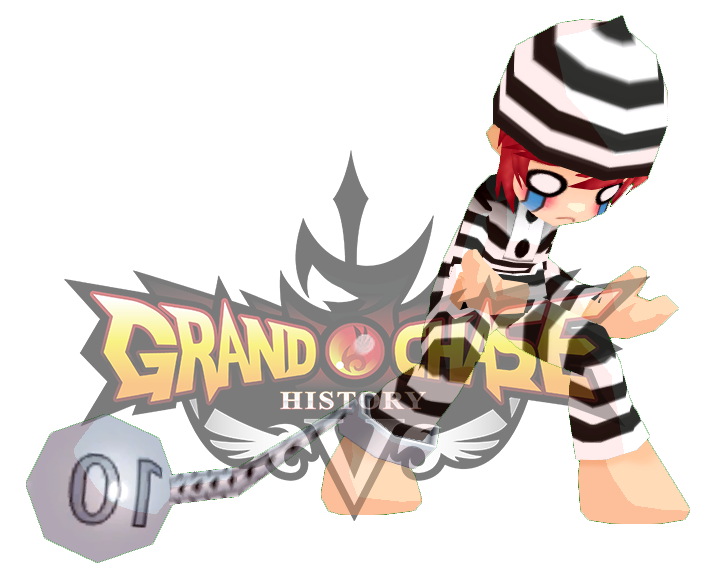 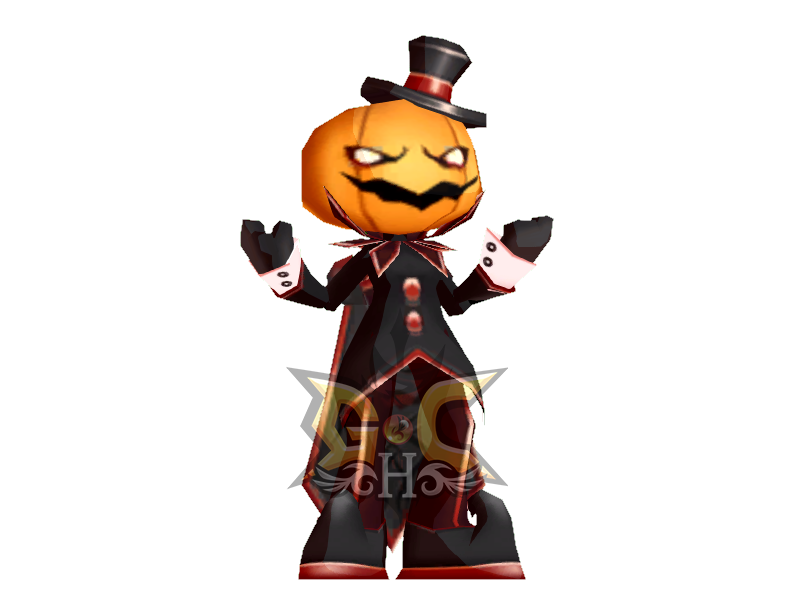 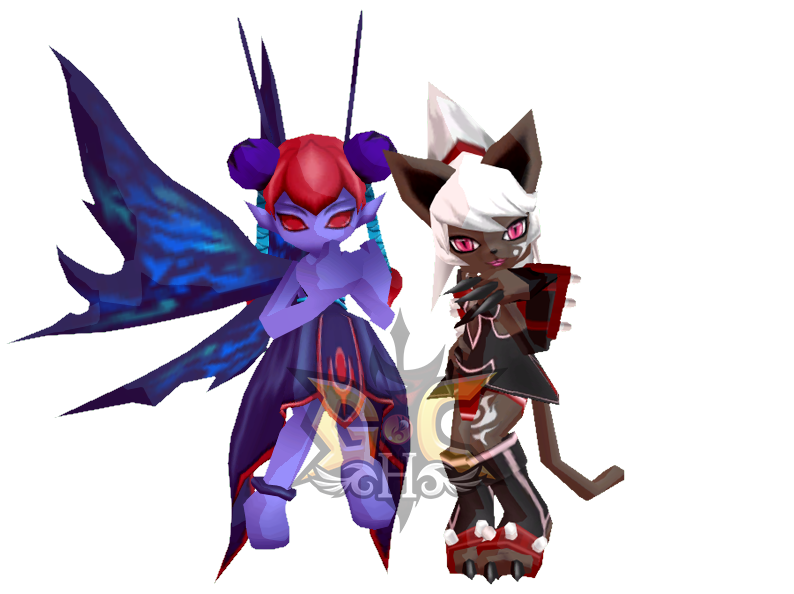 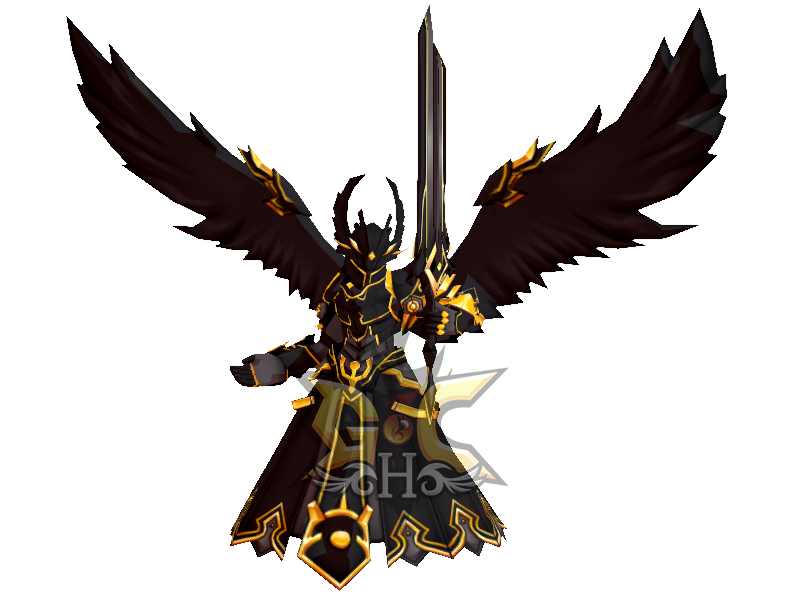 Skin Archdemon of El. You must have the pet in order to use it.

! Birthday Boy of the Month !

Ronan is a descendant of the Erudon, Kanavan's legendary family of Arcane Swordsmen. Because of this prestige, he exercised the function of royal guard, since he occupied until the treacherous attack of Kaze'Aze.

A righteous young man, brave and pure-hearted, he resisted the Dark Queen's attempt to dominate his body, and experiencing firsthand the strength of her evil, decided to see it as his mission to defeat her to restore peace in his kingdom. By sharing the same goal, he joined forces with the Grand Chase as they searched for Kaze'Aze's whereabouts.

Defender of his powers, summoner of a mighty dragon, and skilled with his Tyrfing in hand, our dearest Ronan Erudon gets older this October! Any Ronan users out there? Let's celebrate this great date with the special bonuses we have prepared for this magnificent Kanavan Arcane.

To celebrate our hero's month, when playing with Ronan, you will receive a 2x EXP / GP bonus! This bonus is for the whole room as long as one of the players is using the character. 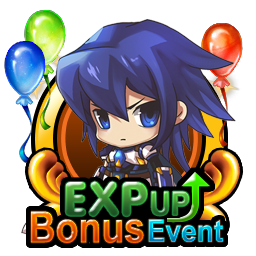 Plus, you can celebrate using our Hero's Flag and / or Cushion! Both are available for creation in the Forge for 10 Epic Essences each!

Come take a selfie in our terrifying Plaza! Take the opportunity to ask NPCs for some sweets, will any of them give you something?

Challenge your friends on a creepy map! In addition, you will be able to see who is the fastest breaking the pumpkin! 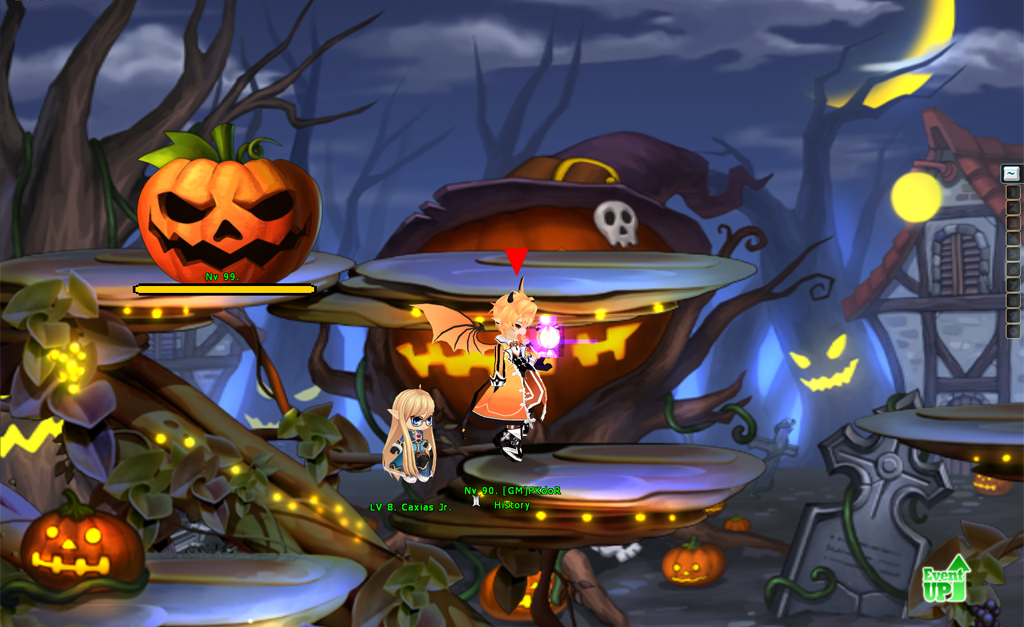 Looks like we have a little witch casting spells around Ernas! I heard she's handing out some sweeties ... Maybe you can trade them for some nice clothes in the Forge? 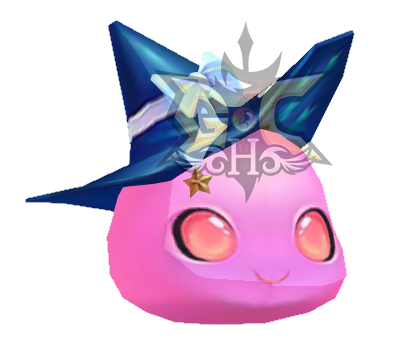 Special thanks to the participants in this update who worked hard to get it done! ❤️