Yaaaaay! It's our anniversary month !

August, even though it is the longest and most annoying month for many, is the month that some players and of course, the people here on the team, most awaited: the server's 3rd anniversary ! Time goes by fast ~~

We've been on the road for three years now living this whole struggle in Ernas with a lot of emotion and nostalgia, living day by day and using all our love, affection and willpower to keep our beloved Grand Chase alive and enjoy it complete. We fight to show that there is a lot of ground ahead to keep our beloved game alive for a long time!

To celebrate this wonderful month, we have prepared a great birthday update filled with content for you! Call your friends, your family, and your pets (siblings are not one, okay?)... And come celebrate more this year with us!
Grab a slice of cake over there at the Plaza and get ready for the Patch Update Notes for this month!

Ernas' most chilling spectacle returns to History. Come along with the Grand Chase Warriors to experience and explore this terrifying adventure and earn the rewards of Nightmares Circus !

Embark with Grand Chase on a mission to try to rescue Harpe, who holds her soul aboard the Hades Express 301, which is on its way to the Underworld. You need to stop the train before it reaches its destination and retrieve the information that Harpe has to transmit!

Are you ready to face this new challenge again? The Angry Bosses returns to History, causing the Grand Chase to go through various obstacles again to prove its worth and effort. Join your friends to fight bosses and get the best rewards for hard work!

~ The Extermination of Uria ~

After a long time, Uno and Glimmers of Uria return to the world of Grand Chase with an immense thirst for blood ready to take revenge on those who underestimated them. They will use all their evil power of destruction to cause chaos and destruction in Uria.

Check below the tables of possible rewards and their respective difficulties:

Upon entering the server for the first time, the player can choose to either evolve a character directly to level 80 or collect a rewards package.

If the player chooses to evolve a character directly, he / she will receive, in addition to level 85, all pieces of Armor, Accessories and Weapon of Ernasis (Rare or Epic, equal to 80, with quality and random properties). a Surprise Necklace Chest and a Dimensional Gate Anklet +9 for the selected character.

A bonus is always good, right? Who doesn't like a little extra boost! Celebrate our anniversary with us with a 3x EXP / GP bonus! 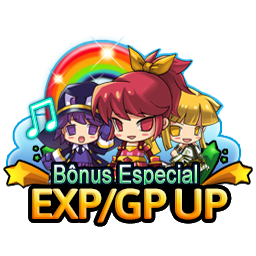 Take advantage of the continuation of the Mascot Rebellion, the Gift Shop has had its list of prizes updated for you to continue helping Grand Chase protect the hungry pets' supper!

Many must remember that old art of the white Lilith, which never gave a minimum sign of existence in all those years in the world of Ernas. Was she just a legend? I think not...

Scratch Tickets returns to History with the unprecedented White Angel Package, plus the unseen mascots Selena and Emera!
You can purchase parts of the package or even the complete set ! You still have a chance to get the mascot in its initial form or even its evolution!

Get your scratch cards and good luck! 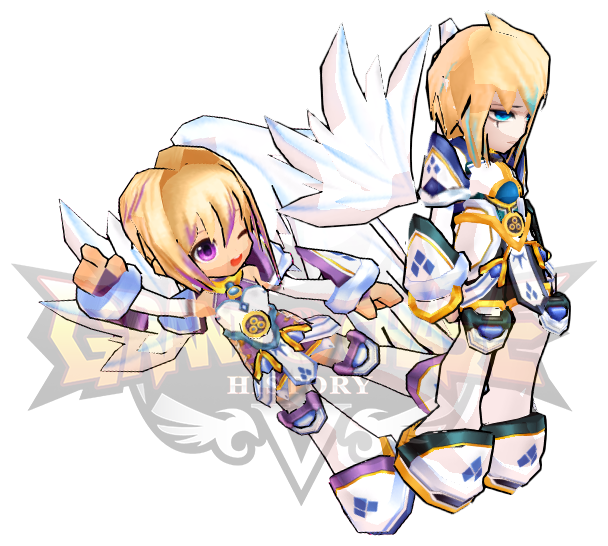 The Gacha Pon System recently showed up a few days ago here in History. Now your list of prizes is updated with unpublished packages!

There are 4 machines, each with one of the following packages: Isolet Package, Lothos Package, Elscud Package and Harpe Package.
Remember that the first two are exclusively female and the last two exclusively male ~~

Grab your coins and good luck! 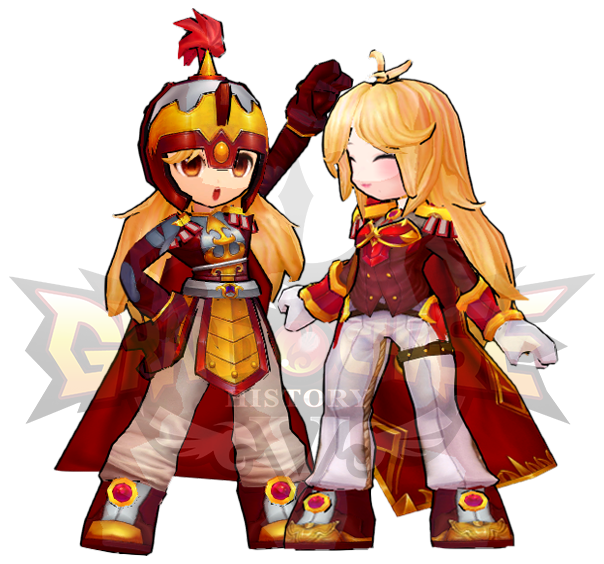 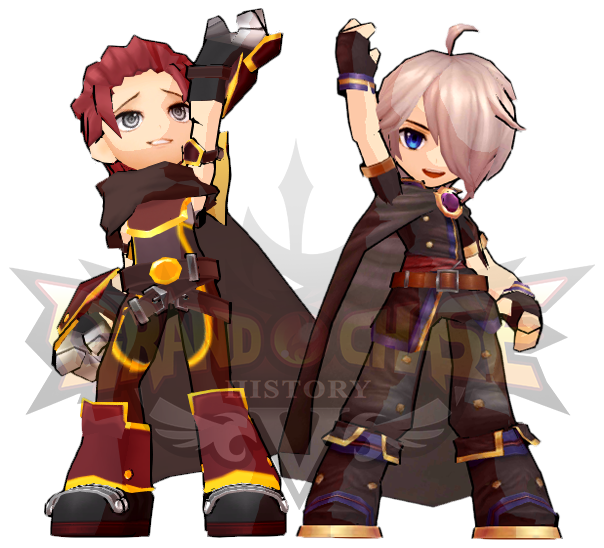 The VIP System returns to the server with tempting rewards! With an update these will not even work to conquer everything the VIP has to offer ~~
Recharge and use your Cash to purchase the complete Visual Task Package, plus several other prizes!

Check out the VIP rewards table below: 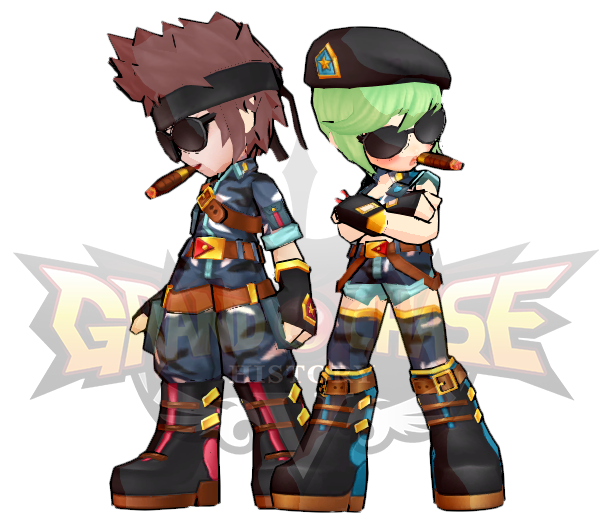 The Super Rewards System has had its packages updated!
A few days ago we ran a poll on the forum to find out about the community's Favorite Rewards Systems. From now on, we'll be taking this topic into consideration to choose the next packages to go into future rotations!

Check out the packages that came with this update: 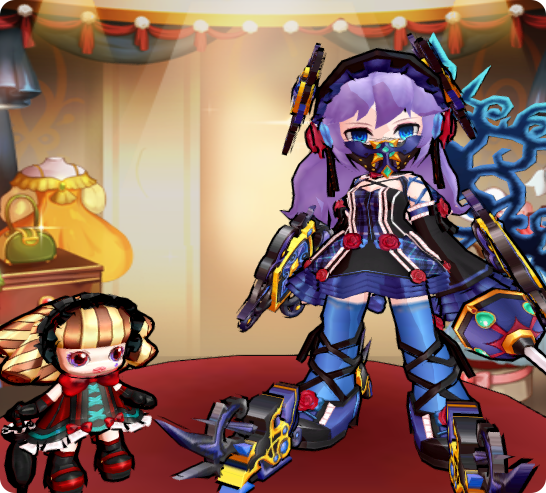 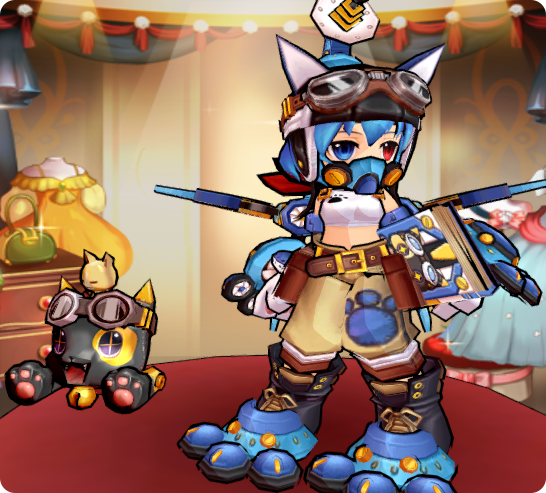 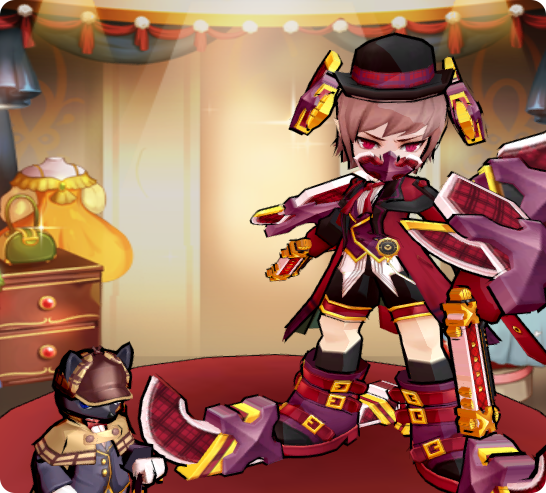 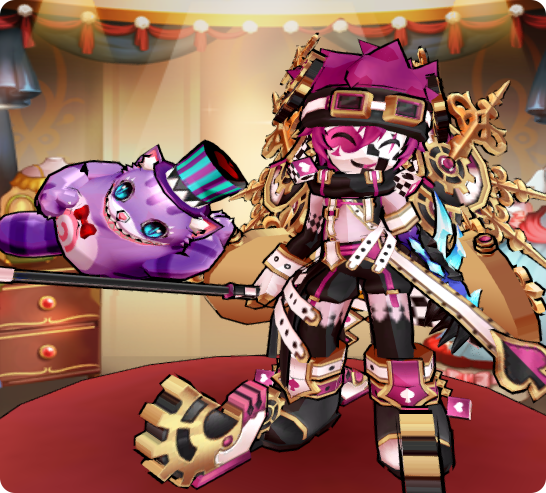 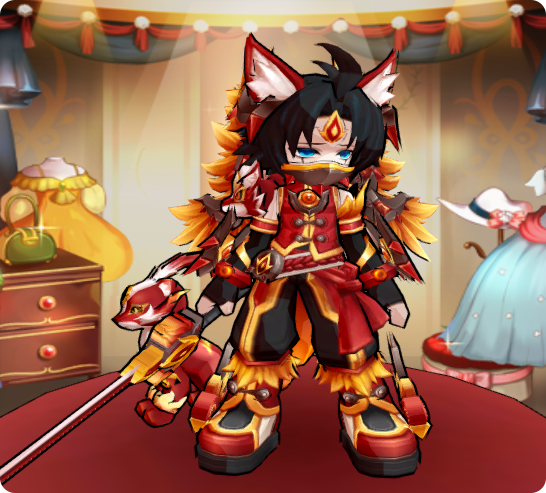 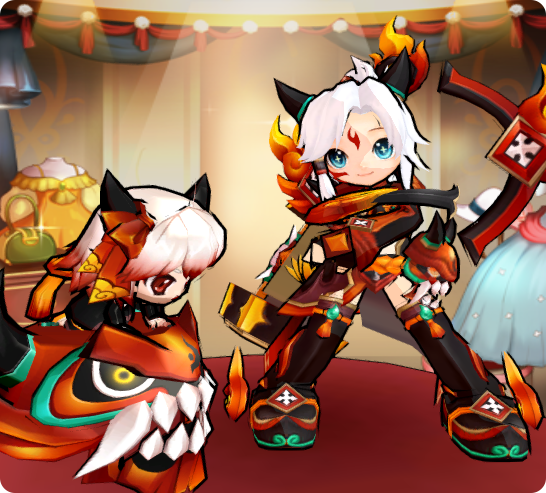 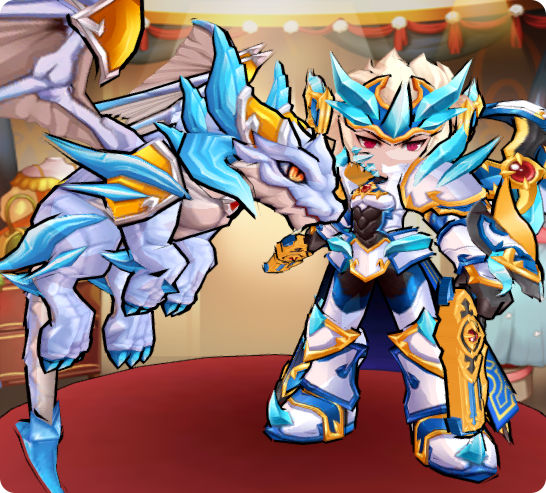 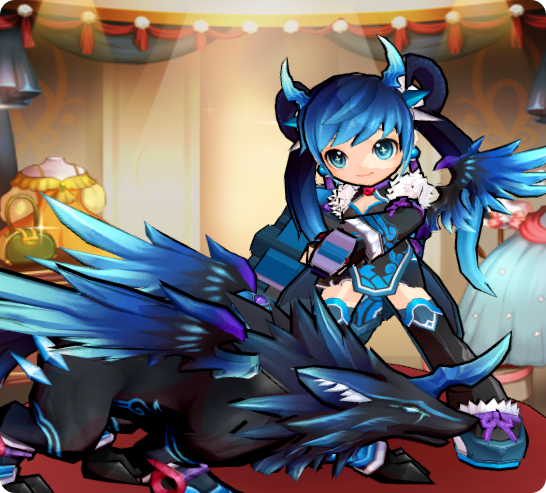 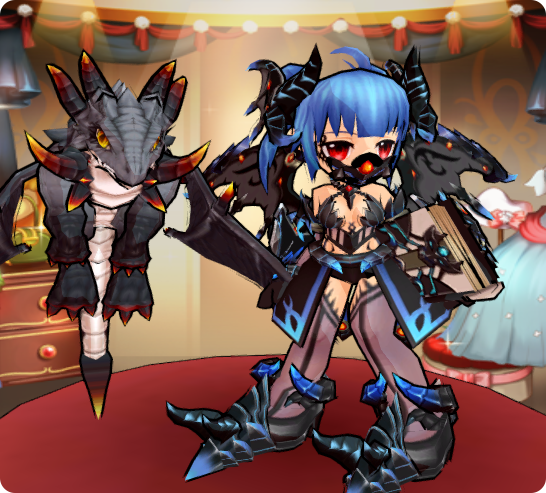 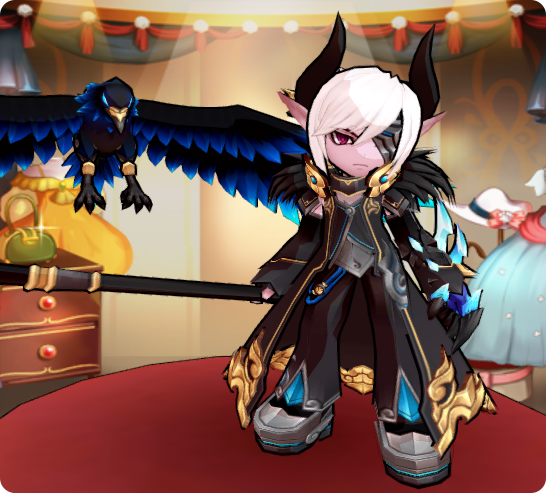 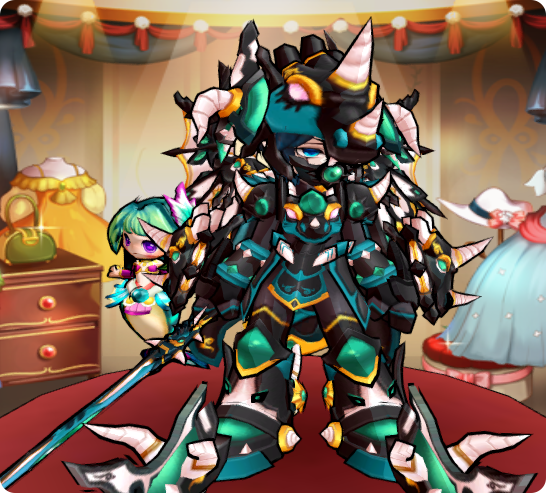 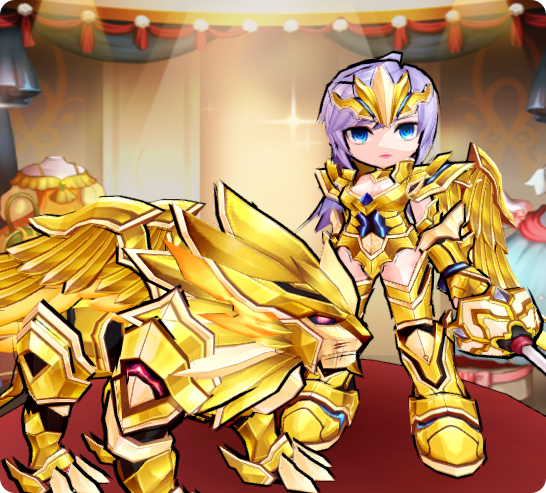 The Daily Stamp returns to the server with some useful items for beginners!

Join the game for just a week and redeem the following prizes on their respective days:

Check out the new items that enter the Forging System this month!

In fact, the Cash Shop is full of new and unpublished items! Grab your buck and slip into the new packages that went into the store!

Want to know the complete list of packages that have entered the store? Well, lets take a look:

Black Pack of the Supertar

Visual Package of the Mechanical Designer

Pack of the Furious Leviathan

Visual Kit of the Prince of Darkness

Mystic Kit of the Insurgent

Black Package of the Princess of Elyos

Visual Package of the Divine Passion

Captain of the Roses Package

Visual Package of the Scarlet Moon 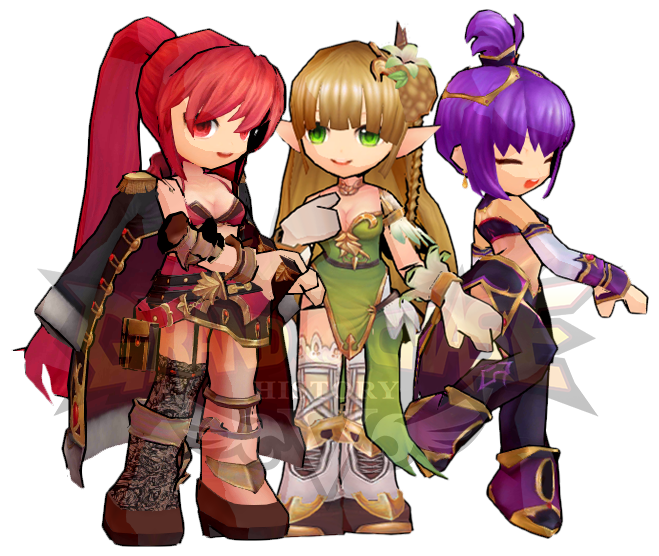 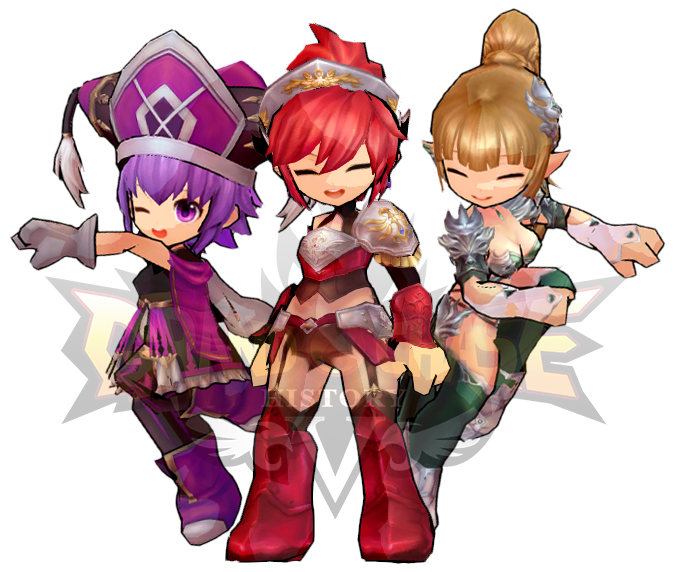 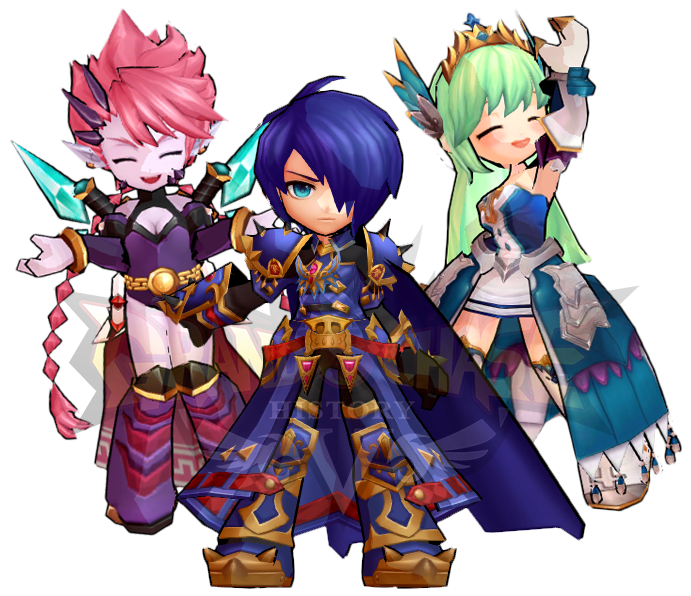 Another year that's gone by. We had several events during this period. Many ups and downs, conflicts, jokes, good times and bad ... But we are here. We got here. With a lot of struggle, dedication and work.

We appreciate all the affection and trust you have for us. We thank the players who seek to know the truth about facts and events before hitting conclusions or even based on their own thoughts. We are struggling to have a more open space with you. Many players, who truly care about us and the server, came after us to understand what was happening. This is very important for us. It is gratifying to see that regardless of the timing is good or bad, we have a share of players who are really loyal and grateful for the work we do.

Many thanks to all of you who accompanied us on this trajectory that has already completed three years. We have lots of ground ahead and lots of fun and joy to offer our players. We are a small team of fans fighting day after day to keep this nostalgia alive, from this wonderful world of Ernas that we have lived for so long.

The Grand Chase History Team thanks you for all your affection and trust! Thank you!

It is with great affection that I come here to give the spotlight to some people who were very important for this update and this Update Note to happen! Do not forget to leave a "thank you" to this dedicated gallery!

@Bio, which helped me sort out much of the content besides taking care of most of the new Alternate Class Packages alone;
@Steam who helped me work on the new packages of some Cash Store characters;
@Cold, who helped me find much of the content besides working on the Kaamos mascot. Palms for this prodigal boy!
@VovoThunder, who helped me in most of the texts of this topic, besides helping me in several files;
@MarinaNiess, who worked on creating and replicating packages, separating content, replicating various other items, and working on packages for some characters;

@Ronny who helped me in several files even me making mess in them;
@Hagoromo that has configured almost everything that is functional for this update, besides creating the immense batch of items of this update;
@pkdor, who has been working with me for days and setting up everything to do an update of this size!

Thank you so much for the work, dear ones. You deserve all the best! It is very gratifying to work with you! (I.e.